Skip to main content
More to make you laugh

1920’s Egypt a group of archaeologists discover an artefact previously known to be lost in time and laden with myths & legend…a big party is held in their honour.

Join us in hotel Zoom to celebrate this tremendous discovery

When you create your ticket you will receive your zoom link to join the party and an invitation to our private forum page. This is a great event to join if you are on your own, because half way through the show we will use breakout rooms so you can meet others and discuss the clues together! The forum page will be used to show you extra clues and a quiz that you can work on together and then as a team post up on the forum the questions you want to ask each murder suspect.

The show is a play performed in zoom whereby the details of each character and their relationship with the unfortunate unfolding of events will be performed around you. There is myth, betrayal and secrets that we need your help to uncover. Bring with you a drink and some nibbles, the show will last around 2.5hrs with a 10min break as an interval

We might also post some pre-show clues into the forum space, and you can feel free to chat and get to know others on there as well. To access the forum on Creative Communities app you can click the icon on the bottom right of the page. You will get an invitation to join the correct areas in the forum that is just for the show and some emails from us to keep you updated and remind you of the links you need 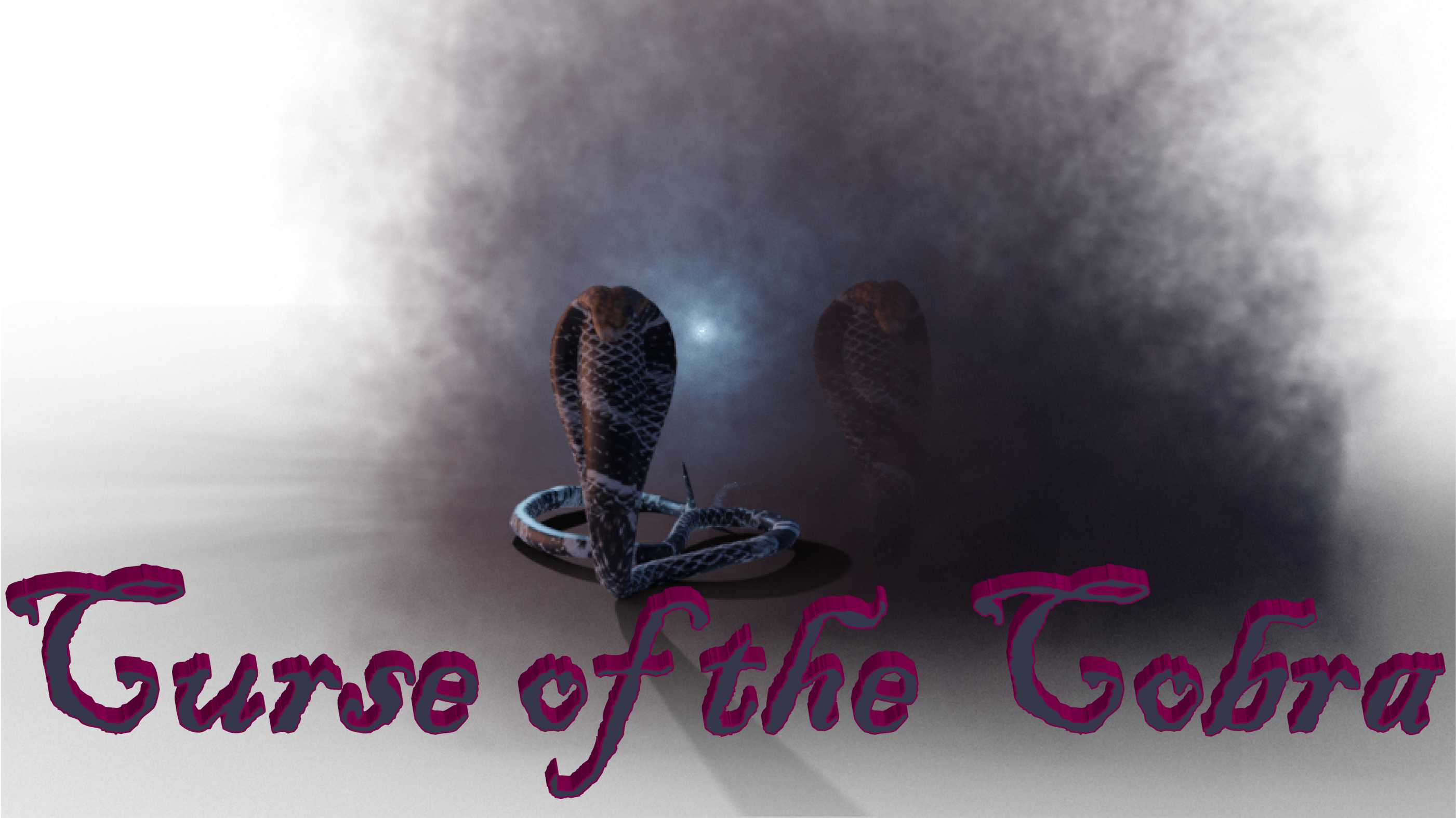 Sureya is a belly dance performer, instructor and choreographer based in the London. Her passion for belly dance stems from her Turkish background and she has been described as a talented, versatile and energetic performer. This rising star globally has trained in a number of styles including Turkish Oryantal, Modern, Classical and Folkloric Egyptian styles, Lebanese style, Turkish Folk and Romany, Iraqi dance, Khaleegy as well as Ballet and Theatrical Fusion. Her incredible technique, musicality, charisma and humour are guaranteed to provide an exciting, family friendly and unforgettable experience for your event. 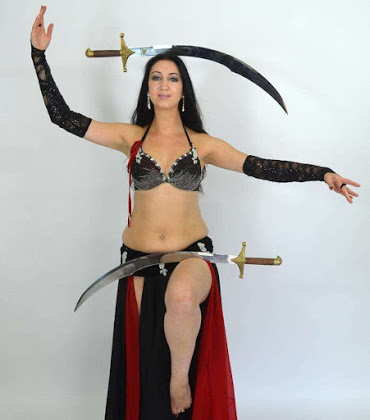 ASIF QU Percussionist and percussion teacher ASIF QU is a percussionist and teacher, specializing in Middle Eastern. Mostly a self-taught musician, he has enriched his training through workshops and private lessons with Faisal Zedan, Tim Garside, Chas Whitaker, Mark Bell, Karim Nagi and Issam Housan. Asif has created percussion groups across the UK. He has taught and played at some of the UK's leading dance festivals including Jewel of Yorkshire, Majma, Tribal Goddess, Serendipity, Tribal Sleepover, Gfad and at some events in Italy such as the Milanao Bellydance Meeting, Tribal Alchemy in Turin, Laus Raqs Festival in Lodi. He is one of the founding members of the band "The Nomads" alongside Mike Parnell, Mark Carlyon and Pete Gostelow. He teaches and performs regularly with his wife Cinzia Di Cioccio, and they have formed their own unique style of improvised dance and drum.

CINZIA DI CIOCCIO Global Caravan Master Teacher & Performer, and Vintage-Retro & Chic Bellydance Teacher and Performer. Cinzia has devoted herself to Bellydance since 2005 and up to 2013 was significantly known for her work with the dance company Les Soeurs Tribales, of which she was a founding member. Currently she teaches and performs as a solo dancer in her Vintage and Chic Bellydance guise and with the Global Caravan Dance Company International and Caravan Project Italia. She has formed a new Tribe in collaboration with her husband Asif Qu with whom she regularly teaches and performs. She runs weekly classes, in English, in Yoga and Global Bellydance. 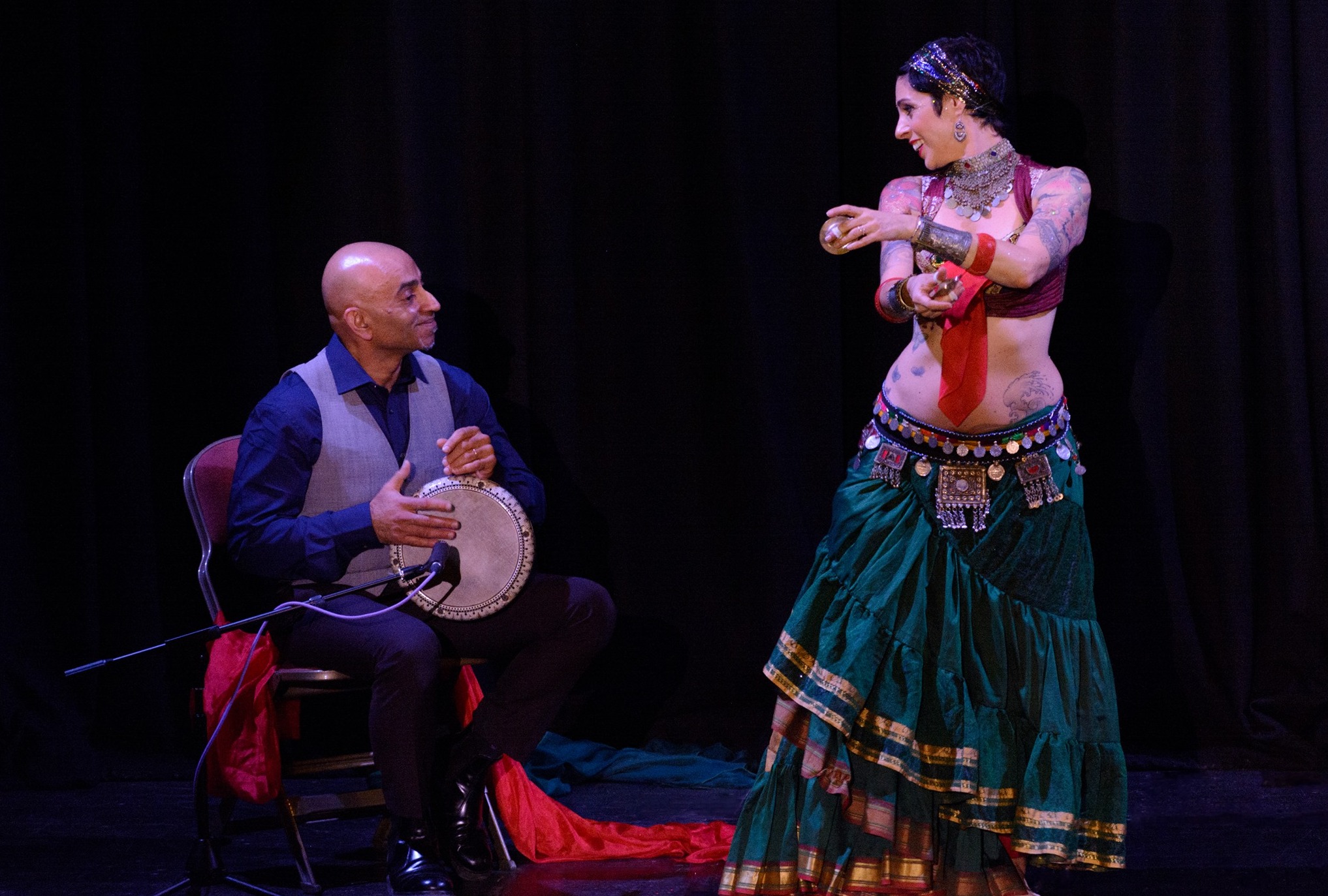